These 2020 Integrated Plant Systems – Undergraduate Research Experience (IPS-URE) students have been working throughout the summer with IPREFER research team members to develop pennycress (Thlaspi arvense) as an eco-friendly biofuel crop for agroecosystems in the Midwest.

IPREFER researchers have provided mentoring and research training opportunities and activities to our 2020 IPS-URE class. Students have interacted with scientists from diverse fields, including commercial interests involved in plant-based biofuel development.

The IPS-URE goal is to help students gain technical skills and interdisciplinary competencies which will equip them for work on bio-based solutions to food, energy, and environmental challenges. We anticipate having additional IPS-URE summer programs in 2021-2023. Program announcements will be made each winter. For information, contact Anne Kinzel, IPREFER Program Manager (anne.kinzel@iprefercap.org) 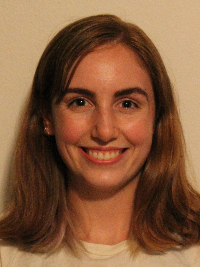 Why I applied: I wanted to gain experience in lab, field, and greenhouse settings.

The most important thing I have learned in my internship: It is important to have the larger goal in mind when doing small tasks 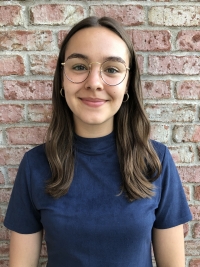 Serena’s Internship Project: I’m focusing on increasing seed size in pennycress through forward and reverse genetics approaches. I’ll assess the pod fill and seed weight of several mutant lines derived through chemical mutagenesis and induced ploidy and compare them to the control, MN106. Additionally, I’ll study the ARF and SWEET gene families to determine if and how the mutations of those genes impact seed size in pennycress.

Why I applied: I took Dr. Marks’ plant function lab in the spring, and we had the opportunity to work with pennycress.  When he announced that there was an internship available, I thought it sounded like a good opportunity to have exposure to lab and fieldwork in addition to gaining some insight into the intersection of science and business.

The most important thing I have learned in my internship: Openness to collaboration and the prioritization of communication are both essential to a successful research project.  I started my undergrad career wanting to work in medicine one day because I loved biology but didn’t want to be stuck alone in a lab from 9-5.  As it turns out, research is far more collaborative than I thought!  Along with that, I have learned how important it is to communicate effectively because it typically makes the process of research more efficient and enjoyable.

My post-graduation plans: My immediate post-graduation plans are quite vague due to the pandemic.  Eventually, I plan to attend graduate school and hope to become a professor.  That being said, I tend to change my mind.  Regardless of where I end up, I think I’ll be doing plant genetics research in some capacity. My plans before and after IPREFER are essentially the same.  The program mainly helped me confirm my interest in plant genetics research. 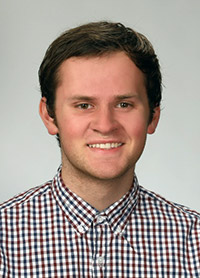 Alex’s Internship Project: For my project, I am identifying genes that control flowering time in pennycress and building CRISPR constructs to produce knockout or reduced function mutations. By doing this I hope to accelerate the shift from vegetative to floral development even during short days.

Why I applied: Over the past year I have become increasingly curious not only about pennycress, but research in general. I really enjoy spending time in the lab and my mentors at Illinois State encouraged me to apply for this internship.

The most important thing I have learned in my internship: In my opinion, learning the basics of vector cloning both in theory and in the lab has been fascinating. I hope to apply this knowledge in the future when tackling complex problems

My post-graduation plans: Post-graduation I would like to go to graduate school to study plant genetics. As I continue my education I’m glad that this internship has allowed me to see how research works from a corporate point of view in comparison to an academic environment. 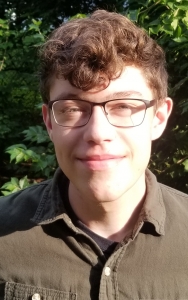 Justin Larkin (University of Minnesota) is working on pennycress genetics and breeding at CoverCress, Inc. with IPREFER collaborator Chris Aulbach.

Justin’s Internship Project: My project is to use existing Arabidopsis data to predict and find highly expressed pennycress promoters, clone those promoters into pennycress, and observe the resulting expression levels.

Why I applied: I work on the pennycress breeding team at the University of Minnesota and I wanted to better understand what goes into the laboratory side of plant science, so I can get a more complete picture of the process.

My post-graduation plans: I think this internship has gotten me excited about going to grad school and has given me the experience and confidence to apply to programs that might not be just about plant breeding. 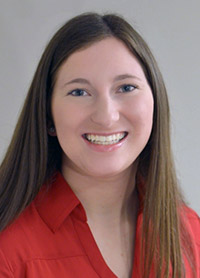 Cori’s Internship Project: I am involved with the seed treatment and germination trials for my internship research project with Dr. Lindsey at Ohio State.

Why I applied: What drove me to apply for the internship was the research experience component and opportunities to network and interact with professionals from different disciplines across the project.

My post-graduation plans: I’m still deciding on my post-graduation plans, but I would love to either attend graduate school and continue on in research or work directly with farmers as in agronomist or consulting position. This internship has influenced my plans by enhancing my understanding of research and giving me the opportunity to connect with professionals across the Midwest. 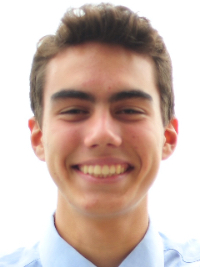 Why I applied: I applied for this internship because I was looking for field experience and insight into what a career in plant science may look like. 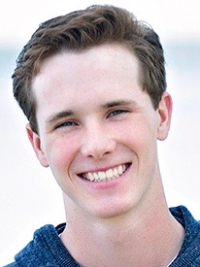 Joe’s Internship Project: For my project, I am working on evaluating the genes responsible for male sterility in pennycress through comparison with arabidopsis.

Why I applied: I have always had an appreciation for the outdoors and love spending time at my cabin. After learning about the heavy nutrient leaching that contributes to algal blooms in our waterways, I wanted to learn more about how pennycress could act as a cover crop to alleviate this problem.

The most important thing I have learned in my internship: It’s ok and actually encouraged to ask questions! There is so much to learn about the iPREFER project and the only way to get all of the information is to ask.

My post-graduation plans: Post-graduation I am hoping to go to dental school and eventually specialize in orthodontia or pediatric dentistry. 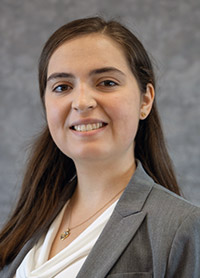 Kayla Vittore (University of Illinois, Urbana – Champaign) is working on soybean cyst nematode lifecycle in pennycress at the University of Minnesota with IPREFER collaborator Cody Hoerning.

Kayla’s Internship Project: I was investigating the effect of genetic mutations in Arabidopsis orthologs on rates of seed shattering in Field Pennycress.  Since the genes I considered are in the seedpod formation pathway of Arabidopsis, and since the two plant species have many similarities in genetics, it was thought that mutations in one would have the same effects in the other.  However, based on the data presented, it appears that this is a false assumption.  Ergo, in future studies, Arabidopsis could be used as a reference, but should not be used as a guaranteed guide to genotype cause-and-effect.

Why I applied: Reading about the IPREFER project, I was really excited about the idea of working on a novel crop.  Most of my classwork so far had focused on the traditional soy and corn crops, so research on domesticating pennycress was a whole new world of ideas to explore or challenge.  Another factor was that I’ve never lived outside of Illinois, and even when I went away to college I was still close to family and old friends.  I wanted to experience living outside of my comfort zone, to test my skills of independence and see who I am when I go anonymously into the greater world.  Spending a summer at UMN seemed like a reasonable compromise between craving new experiences and being cautious about leaving home.

The most important thing I have learned in my internship: I’ve learned that I’m not only capable of collaborating in a research team, but that I genuinely enjoy it.  This is the first job that when I wake up in the morning, I’m looking forward to work instead of dreading it.  Before IPREFER I had a lot of uncertainty about if I could handle science as my profession — what I’ve learned is that I’m addicted to it.

My post-graduation plans:This internship has shown me that there are a lot more possibilities and support available to graduate students than I’d assumed.  After talking with my mentors about their experiences in research and graduate studies, I’ve finally decided that I will apply to graduate programs for plant or crop research.